The Tales of the Longué of Montpellier 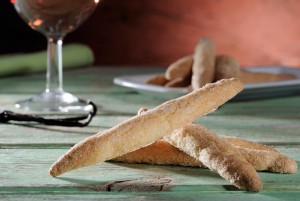 The Longué can be found under many names, from Sète to Lunel… Le longué is “the” creation of Montpellier – lively town bathed in sunshine. But where ever you are, the recipe remains the same and promotes one of our most famous drinks: the rosé wine…You probably know the Bordeaux or Bourgogne wines, but did you know that the Languedoc-Roussillon was one of the oldest wine region? It all started with the Greeks, around 500BC…wine was then a currency and helped developed the port of Agde as a commercial centre which lasted well until the Romans. The Bordeaux wine makers didn’t have, at the time, the know-how of today and it was the wines of our area that you would find not only on their markets but also in Rome, then capital of the Roman Empire! That’s how the Languedoc-Roussillon became the world largest producer of wine and still is today! The wine makers have developed many different types of wine, red, to savour with red meat and cheeses or white, the one mum serves with fish. But in the summer it is the ”gris de gris”, or rosé wine, the one that stands, cold on the garden table when mum and dad invite their friends for a BBQ. I’m not allowed to drink it, they say I’m too young but, in the dough of the Longué, the alcohol evaporates whilst cooking and leaves behind a wonderfully light and sweet flavour… and that every child can have some… so yummy with a glass of lemonade!! 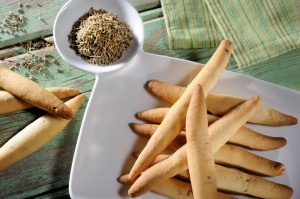 Long ago, the Languedoc-Roussillon was a thriving commercial pole for the spices market: the aniseed is one of the oldest. The Romans used to sprinkle it on their cakes to facilitate digestion. In the XIVth century, it was used to flavour bread. This is why many recipes and drinks are based on aniseed in the entire South east of France. The Pastis, alcoholic drink made with the seed, seems to be, with its particular smell, very much appreciated by the adults. Would it be on the terrace of a café or around the table after a game of Pétanque. In the Catalan area, near the Spanish border, we eat biscuits in the shape of a crown, covered with an aniseed and lemon flavoured meringue: they are called the Rousquilles. At home, we put the aniseed grains into the dough and bake it in the shape of small sticks. I called them the Longé à l’anis as they remind me so much of my vanilla and rosé wine Longué.